a commission for Sound Matters

Weave Waves brings together sound artist Scanner and textile designer Ismini Samanidou. Follow their dialogue over four weeks starting 27-02-13. Visit every Wednesday for the next chapter.

Robin Rimbaud, aka Scanner, is an artist and composer working in London. He explores the experimental terrain between sound, space, image and form, creating absorbing, multi-layered sound pieces that twist technology in unconventional ways.

From his early controversial work using found mobile phone conversations, through to countless concerts, installations and recordings, his restless explorations of the experimental terrain have won him international acclaim. Recent projects include an ambitious audiovisual spectacle based on the songs of Joy Division with Heritage Orchestra in May 2012, and in July 2012 he scored The Big Dance in Trafalgar Square and the re-opening of the Stedelijk Museum, Amsterdam.

Committed to working with cutting-edge practitioners, he has collaborated with Bryan Ferry, The Royal Ballet, Philips Design, Mike Kelley and Hussein Chalayan, amongst others. His work has been presented throughout the United States, South America, Asia, Australia and Europe.

Ismini Samanidou trained at Central Saint Martins and the Royal College of Art, specialising in woven textiles. Transcending the boundaries of craft, art and design, she combines digital technologies and traditional craft techniques to explore the way in which textiles can articulate narrative and space. Her woven textile works link ideas of cultural history and place in sensitive small-scale hangings as well as extensive installations, playing with surface, wall, room and space.

Samanidou has travelled and researched traditional textile techniques worldwide, most recently spending nine weeks in Bangladesh as an artist in residence with the British Council’s New Silk Road project.

Weave Waves brings together sound artist Scanner and textile designer Ismini Samanidou. They are exploring sound, geography and mapping, and how this data relates to textile-weave structures and musical scores.

Scanner and Samanidou have been inspired by the visual and technical similarities between the digital software they both use, the physicality of code and how this in turn relates to mechanisms for mapping and recording the sounds of a city.

This online exhibition charts their dialogue in four chapters, in form of a visual and acoustic sketchbook. Uniting their thoughts, inspiration and working methods, the conversation between Scanner and Samanidou will evolve over four weeks, starting on 27th February 2013. Each chapter covers an area of particular interest, including a field trip to Manchester to record site-specific data.

It marks the starting point for the production of a textile and sound work, to be later presented in the Crafts Council Touring Exhibition Sound Matters: Exploring sound through forms.

Both Scanner and Samanidou use digital software in the production of their work, but with very different outcomes. Early on in their conversation they discovered aesthetic similarities in the programs they use, such as visual representations of sound frequencies and computer aided design systems for the manufacture of woven textiles.

The relationship between sound and architectural space has long been a source of inspiration for Scanner. Similarly, many of Samanidou’s works draw on maps and diagrams of place and sites.

Scanner and Samanidou travel to Manchester to record a joint and site-specific interpretation of a location.

Following weeks of conversation and idea sharing, Scanner and Samanidou present a fusion of their thinking, and the language they have found in common. The visuals presented here are based on their findings in Manchester, and will inform the production of a textile and sound work, to be presented in the Crafts Council Touring Exhibition Sound Matters: Exploring sound through forms.
Weave Waves will be presented at 4 Piccadilly Place, Manchester, during FutureEverything, the Summit of Ideas & Digital Invention, 20 – 24 March.

“Despite our different practices we immediately recognised a bond between our work in the use and application of code. We found a synergy between the visual and the audio in the shared language of zeros and ones, binary code. Ismini recognised that code was both tactile and visible, whilst Scanner felt that code was hidden, veiled beneath the surface.”

Spectogram, a visual representation of the spectrum of frequencies in a sound.

Screenshot, Scotweave, software for design and manufacture of jacquard.

close back previous next

"Many of my projects have explored the relationship between sound and architectural space, capturing the stories and spirits of a place, recording the wow and flutter of a city, the flow of information, the movement of people, the conversations and colour in sound, and frequently the redundant and undesired flotsam and jetsam of environmental noise and decay.”

“Previous projects draw on maps and diagrams of place and sites, architectural features and archives. The textiles articulate the layered nature of place and reference the relationship between formal, informal and unintentional recordings of history: text, diagrams, presence, traces and movement.” 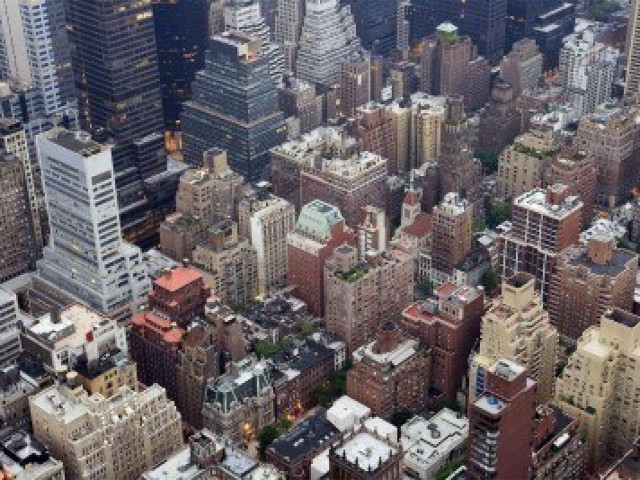 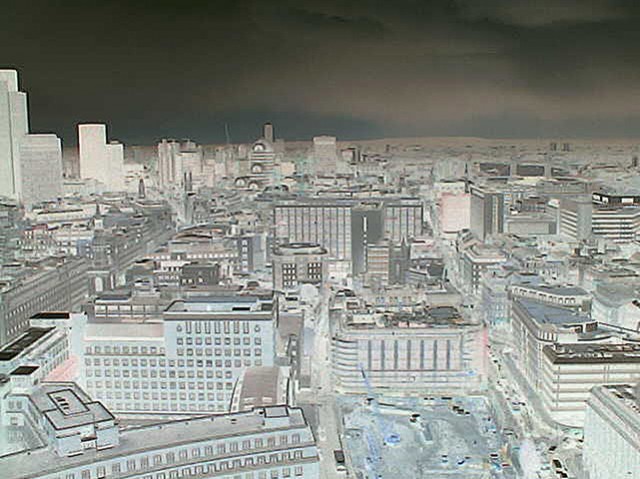 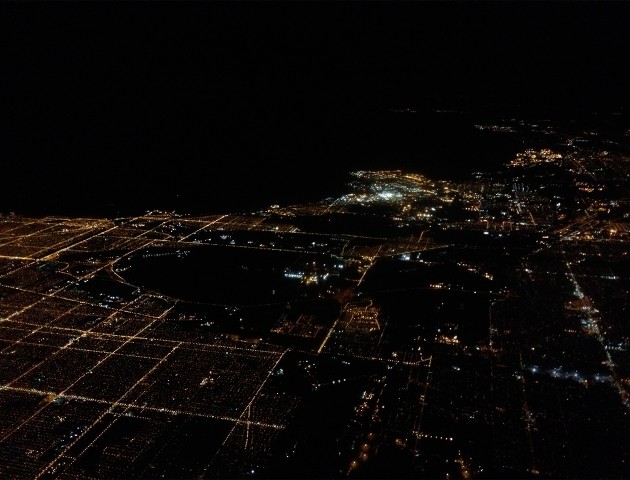 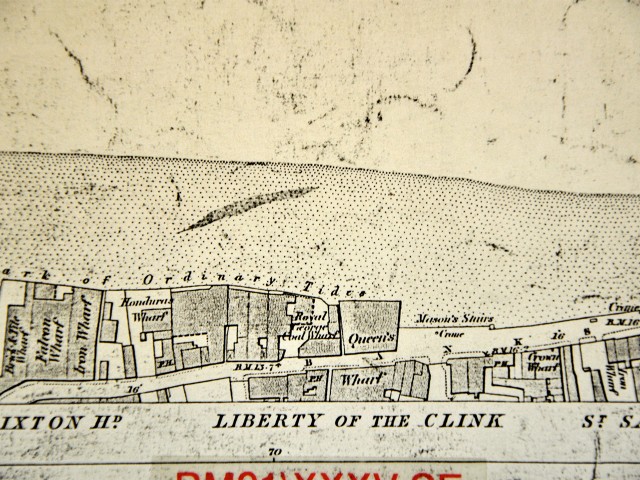 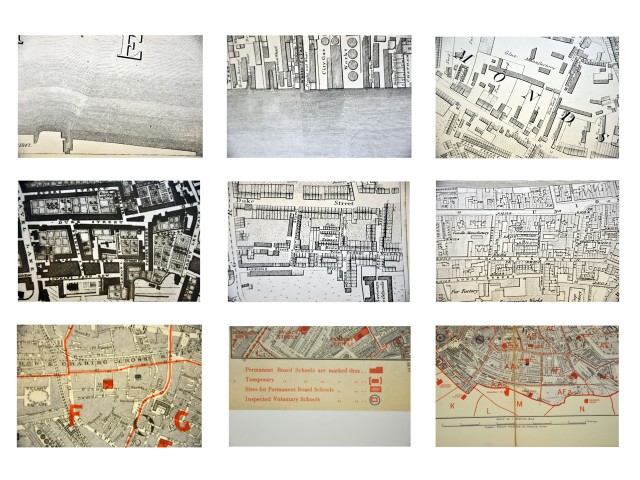 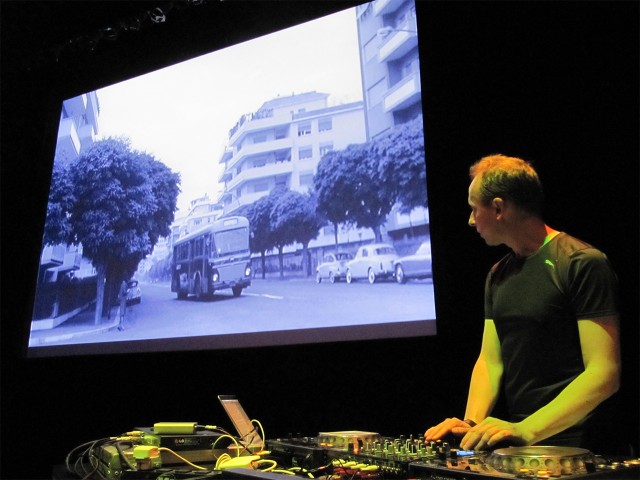 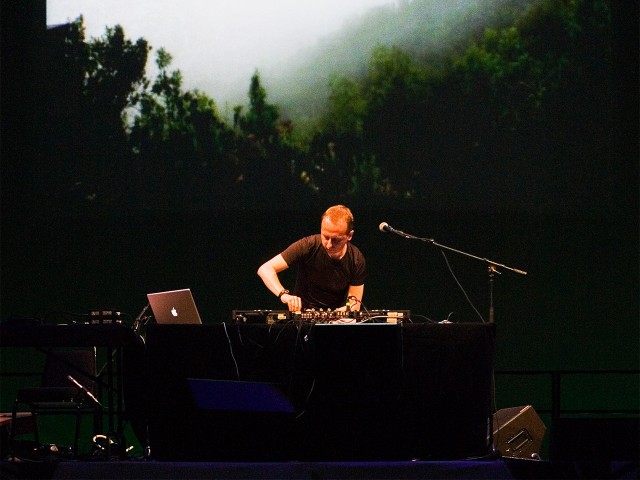 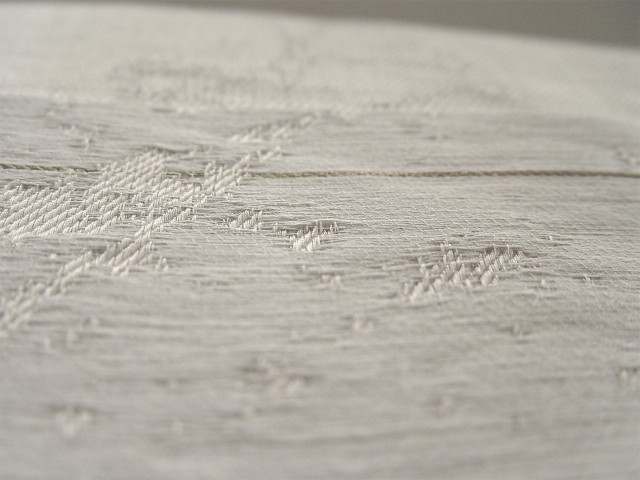 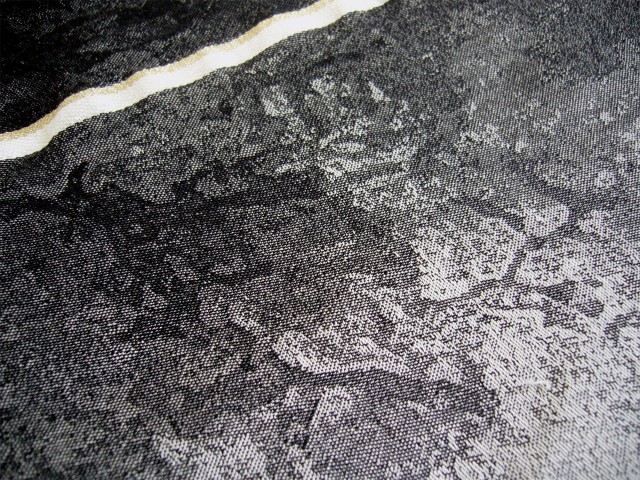 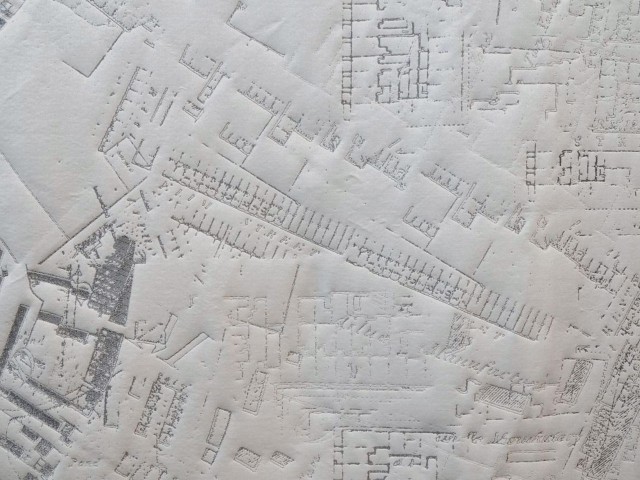 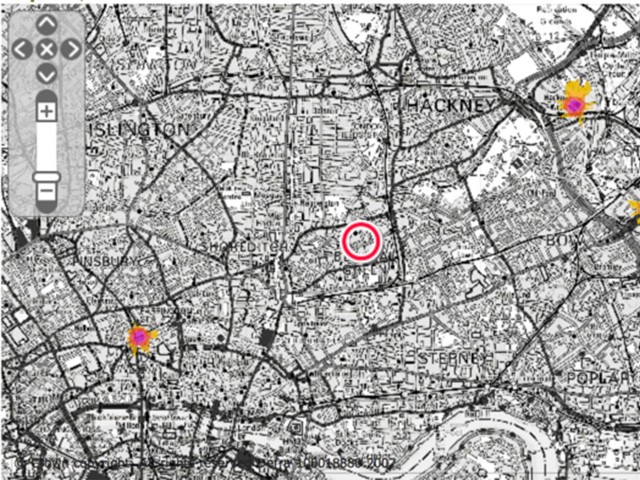 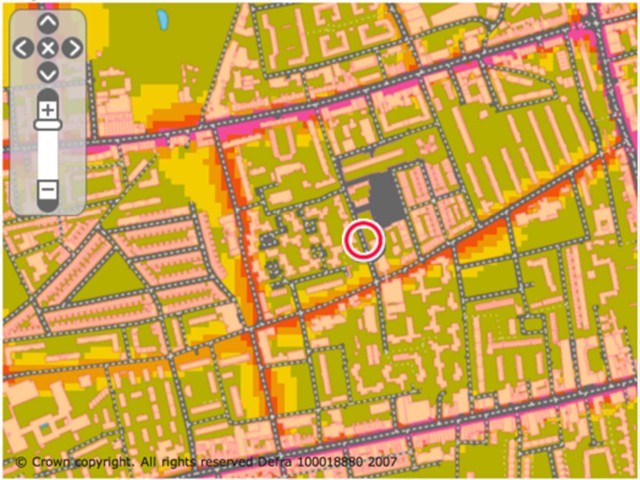 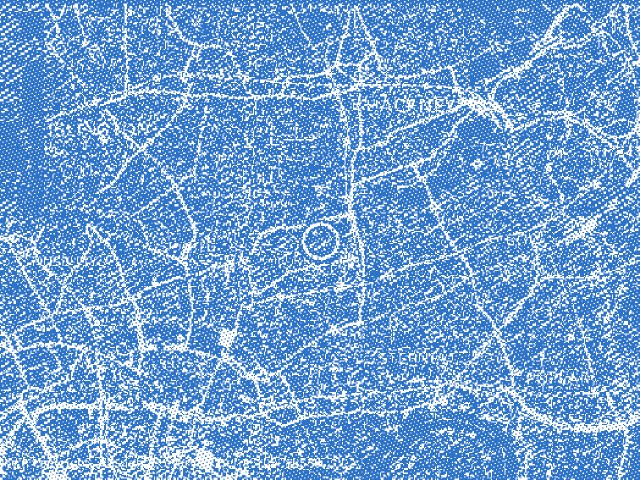 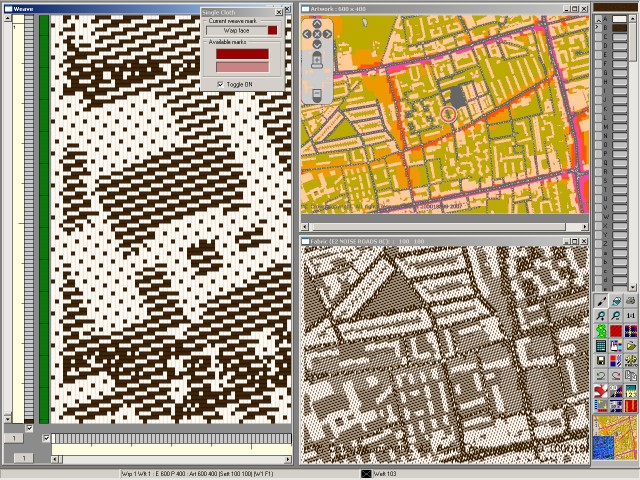 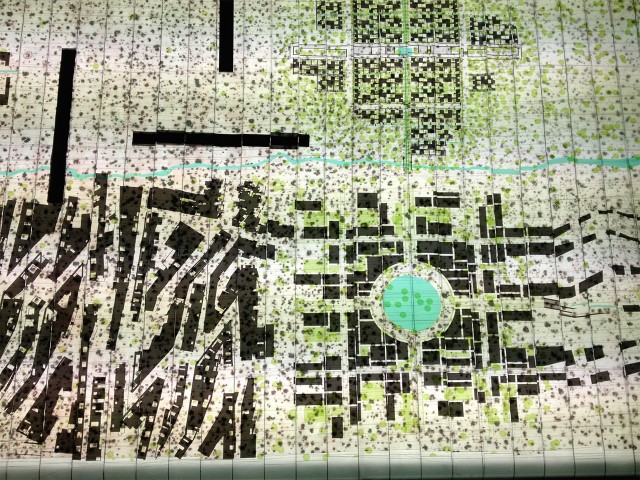 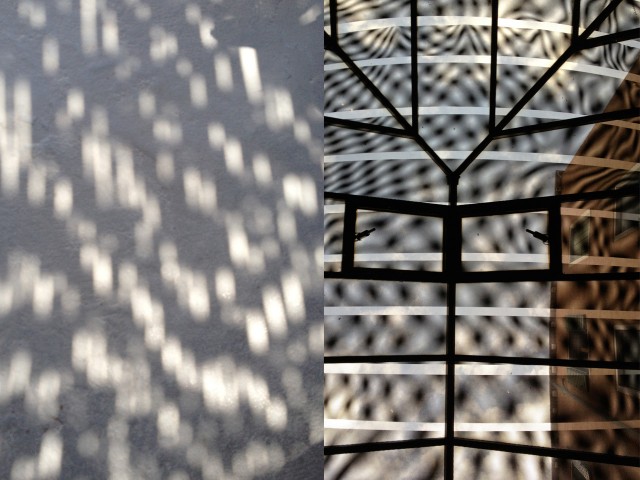 Photographs of moiré and shadows, 2012 © Ismini Samanidou
close back previous next

“En route to Manchester we were able to swiftly develop and resolve the missing parts of our creative puzzle, and agreed on how we would best like to explore this relationship between sound and textile. On arrival we were drawn to the industrial quality of the exhibition space, which although part of a new build development, still echoed the manufacturing trade of the past since it was unoccupied and offered us a raw concrete space free of association.

We took a walk through the city, recording images that resonated in terms of patterns and traces on various surfaces, and sounds of the trams, passing voices, and the general electrical ambience of the city.”

close back previous next

“Following weeks of conversation and idea sharing, Scanner and Samanidou present a fusion of their thinking, and the language they have found in common. The visuals presented here are based on their findings in Manchester, and will inform the production of a textile and sound work, to be presented in the Crafts Council Touring Exhibition Sound Matters: Exploring sound through forms.
Weave Waves will be presented at 4 Piccadilly Place, Manchester, during FutureEverything, the Summit of Ideas & Digital Invention, 20 – 24 March.”